Whoever claims DaBaby wasn’t the hottest rapper in 2019 must have had their eyes shut and ears closed because the “Suge” creator was everywhere last year.

Not only did he drop his eye-opening debut Baby on Baby but he also released his sophomore album KIRK a mere six months later. Add some smash singles like “BOP” and high-profile remixes, a sold-out tour, a Grammy nomination to the mix and the Charlotte rapper had one of the best 12-month runs in modern-day Hip Hop history, culminating with him earning HipHopDX’s 2019 Rapper Of The Year and nabbing Song and Video of the Year honors as well.

That coronation came to an unenthusiastic halt this year, however, when he dropped his third studio album, Blame It on Baby. Everything from the production to the subject matter on this new album is frustratingly similar to the first two projects. After listening to the album from front to back, it would appear that DaBaby got greedy in his attempts to capitalize on the buzz he developed last year. Simply put, Baby didn’t give fans a chance to miss him and weren’t necessarily calling for a new project. Instead, he seemingly rushed 13 songs together in hopes it would garner him some salvageable streams during music’s currently unprecedented slow season.

To make matters worse, this album is noticeably less polished than the previous two. Kirk’s “INTRO” was heartfelt and well rapped while this album’s intro “CAN’T STOP” is yet another jackhammer brag-fest that has been heard a million times before. “CHAMPION” and title track follow the exact same aggressive rap-by-numbers formula (except for the beat flips on the title track). However, a few tracks are fairly catchy and showcase some variance in Baby’s song-writing. The lead single “FIND MY WAY” shows that Baby can manage to rap believably about something other than his bank account and triumphant dick game. He expresses some exposure with lines like “they treat me like the villain/Guess I forgot to mention/I’m just a nigga with a broken heart tryna find my way back home.” But just when listeners think he’s finally showing some vulnerability he immediately raps “And I’m sittin’ here with the car in park while she ride dick to my songs.”

Part of DaBaby’s superpower as a rapper is his ability to entertain whether that be through social media, music videos and most important the songs people want to throw on repeat and dance around to. Those moments appear on tracks like “PICK UP” which features Quavo, is produced by DJ Kid is as slick as anything on RapCaviar right now. “DROP” is not only the album’s best song but also the one that breaks semi-new territory. With some help from A Boogie’s silky vocals and London On Da Track’s lo-fi beat, Baby manages to create an honest track that is as fun as it is easy on the ears. What isn’t easy on the ears, however, is “JUMP”; the YoungBoy Never Broke Again feature that sounds like a chaotic carnival of bad rhymes and even worse ad-libs. 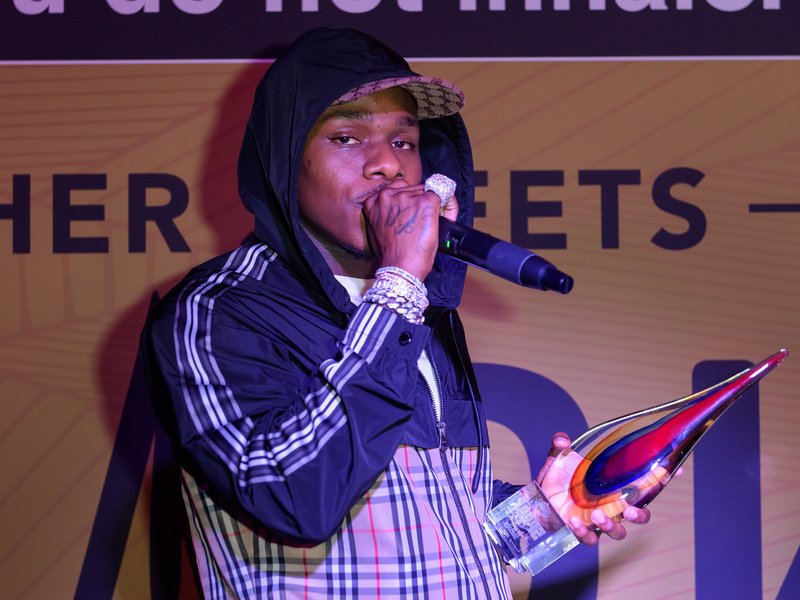 DaBaby On Criticism Of Not Switching Up His Flow: ‘You Gotta Milk The Game’

Blame It on Baby is an obvious misstep in DaBaby’s otherwise flawless rise to rap stardom. This isn’t to say that he won’t be back soon with something more substantial but as it stands, this album has his least playback value. Due to the small handful of pulse-pumping tracks and slight variance in his song-making, this album shouldn’t automatically mark a downwards trajectory in Baby’s career.

It does show, however, that no buzz lasts forever and impactful music often takes time to create.