Gunna’s initial success said less about him and more about his mentor: Young Thug. While Sergio Giavanni Kitchens showed he could ride a beat and fit on any number of trap projects, the comparisons to Thugger seemed destined to persist. Like with frequent collaborator and fellow ATLien Lil Baby, he felt like a less-compelling version of one of modern Hip Hop’s most dynamic presences.

Putting in the work still counts for something, and Gunna has been releasing projects at a steady clip over the past few years. His latest, Wunna, has the most hype of any Gunna release, destined to crown the Billboard 200 next week. It’s also the first one that feels uniquely his, and not just something to tide listeners over until something bigger drops.

At 18 songs, Wunna’s tracklist is dense but not padded. Only one song— “I’m On Some” — feels like filler, and even that is worth getting through before the Travis Scott-featuring “Top Floor” and its fanfare-heavy beat, perfect for those who want a sequel to So Much Fun standout “Hot.” Gunna sends out songs with so much regard to not having them overstay their welcome, a lack of resolution is an occasional issue, like on opener “Argentina” and the two-part “Nasty Girl / On Camera,” which comes so close to being a full-on Gunna stunna.

If his songs don’t always end with a bang, they definitely start with one. A huge part of this is his beats. With production largely driven by Wheezy and Turbo, doing some of their best work, Wunna rattles and mesmerizes constantly. Wheezy’s futuristic beat on “Rockstar Bikers & Chains” is so meticulously designed that any rapper given it should feel like they’re handling a priceless gem. The best beat, though, comes from “Feigning.” Grayson and Tay Keith give Gunna something that could fit right on DS2, helping to bring out both his pop sensibilities and his eccentricity in greater doses. 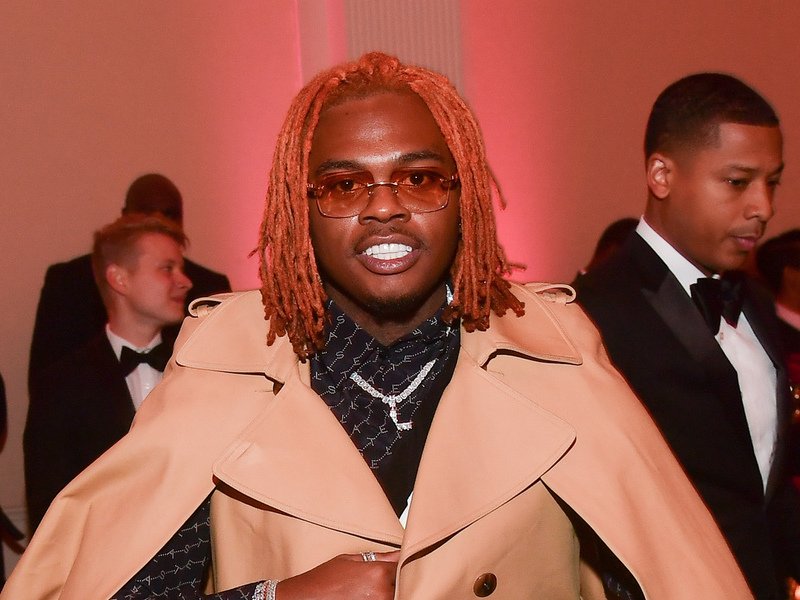 Gunna doesn’t yet feel like an innovator, but he’s on the right track. His lyrics cover the expected territory of what he’s wearing, what’s he’s earning, and what he’s drinking, but delivery lyrics like “Your daughter let me fuck her, and I didn’t have to pay a fee” show a refined sense of timing. He’s also showing more feelings than before, like on the uplifting “Don’t Play Around,” the second track here to tribute Nipsey Hussle. It shows Gunna knows how far he’s come with a line like “Rollin’ Loud know my worst song.”

As a rapper, he’s also shown growth. Wunna finds him easily switching from measured flows to faster ones and showing how he can hold down both verses and choruses. It’s relatively light on guests, but everyone — from Roddy Ricch to Lil Baby — seems to be pulling through. The most unknown guest by far is Nechie, also from Atlanta. His appearance on “Addys” doesn’t astound, but it’s encouraging to see Gunna using his ascent to help lift others up himself.

Young Thug is also among the guests, appearing on two tracks: “Dollaz On My Head” and closer “Far.” He does well on both tracks, but he doesn’t steal the show from his protégé.

Gunna received invaluable support on his way to fame, but with Wunna, it looks like he may be able to take it from here.