Two years ago, Chika introduced herself to the world with a scathing critique of Kanye West. Frustrated by his endorsements of conservative commentator Candice Owens and Donald Trump, she took to Twitter to drop bars over his “Jesus Walks” beat. “And your music has been wack,” she spat, “and your views are moving back to a day that triggers niggas because we still hear that whip crack.” Her viral video, which now boasts over 100,000 retweets on Twitter, spotlighted a fresh new voice from the south who was as smart as she was fierce.

A letter to Kanye Omari West. Over his own beat. 🤮 pic.twitter.com/5xdxKJ7d4l

It could’ve been a one-hit viral video wonder, but Chika managed to roll her viral stardom into bigger waves — with a deal with Warner Records. Her trip from viral star to major-label signee is triumphantly explained on the fluttery-synth heavy “Songs About You,” behind gospel-like backing vocals, and a soulful hook aimed at her naysayers: “And I’m havin’ the time of my life, you gotta pay me to care.” She got the bag from her raw talent, and it’s clear here that she’s determined to grab more.

Rather than follow her handful of viral hits by penning even more sociopolitical commentaries, she turns inward on her debut EP, Industry Games, focusing instead on her psyche and career trajectory through vulnerable glimpses into her personal life. Yes, she’s making major moves and money now. But on Industry Games, she’s still rapping from a genuinely relatable perspective, bound to her working-class roots, but drenched in identity as a plus-sized queer black woman from Alabama.

At times, Industry Games ironically plays out like The College Dropout at its most inspirational. The chipmunk-like vocal sample on “Balencies” prompts Chika to march onto the beat with a pinpoint precise flow, broadly detailing the very insecurities that also fuel her. “I’m fighting everybody demons, but can’t face mine,” she raps, “Baseline, use all that pain and anger and just make rhymes / How I’m uplifting your whole life but still I hate mine?” Chika shines brightest when she shows us her genuine self, and she consistently raps on Industry Games with such a conviction that it’s nearly impossible not to root her on as she counts her blessings.

The high strings on “Designer” intertwined with pulsing 808s exude a sophisticated excitement, as Chika raps at breakneck speed, only letting the song breathe between the track’s robotic hook (“No more fake love, I want designer,” she laments). Here, she compares her search for love to seeking designer luxury goods, while using the second verse to pen rhymes about a dependent relationship of the past. “You needed bank and I needed a friend,” she raps candidly, “We used each other I guess, I gave more and got less/But the issue is not what I spent.” 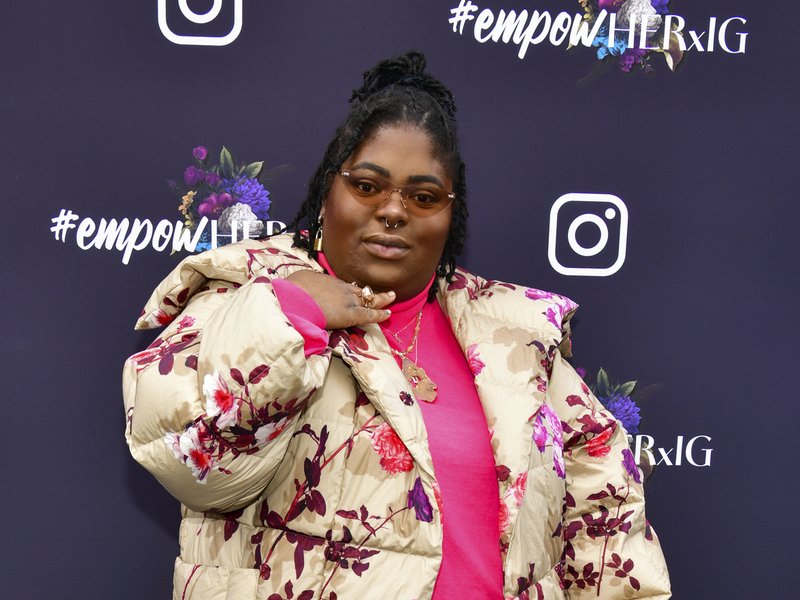 But of course, no debut is without its occasional fumbles. If there’s any clear radio bait to be heard, it’s “On My Way,” which shows Chika penning a sweet song for her queer lover, but through annoyingly familiar vocal performances and song structure. On “Intro,” Chika freely raps about the journey toward her debut EP over an airy piano, posing her mission statement in the song’s last repeated line: “I hope this music make you think.” It’s a brief affair that ends abruptly and feels weirdly empty, although both its one-minute runtime and last line signifies a plead for listeners to mull-over Chika’s opening intent.

Nevertheless, Industry Games is an impressive debut from the Alabama rapper who is more than eager to burn a brighter star than she’s already shone. Through her 20-minute EP, Chika’s ability to remain vulnerable while exuding confidence is both impressive and endearing. And if there’s anything she’s telling us with her pen right now, it’s that she’s not even close to reaching her peak.