Heavy lies the crown of thorns for KXNG Crooked as he mobilizes himself with a burdensome load of being an MC in a harmonizer’s time. The California mainstay nevertheless continues selling countless jewels on the mic throughout the past decade like a Hip Hop version of Adam Sandler in Uncut Gems.

Crook has pumped out 10 full-length albums since 2013 (not including his five-volume Hip Hop Weekly series). That includes four solo LPs, two as a past member of the defunct foursome Slaughterhouse, four other collaborative LPs since 2016, and an impressive run of three releases thus far in 2020. Therefore, his ex-Shady Records boss Eminem’s recent appraisal of the artist formerly known as Crooked I as “the most underrated rapper of all-time” isn’t as biased as it seems.

On H.A.R.D. (an acronym for Housing District Rap Authority), a new joint project with Joell Ortiz, the robust 8-track EP resurrects their Slaughterhouse synergy and puts Ortiz back in the limelight since arguably the days they rapped alongside Joe Budden and Royce Da 5’9. Both MCs flex technically-crafted lyrics and muscular vocal tones, emotional reflections about their hard-knock street upbringings over surefire boom-bap instrumentals. 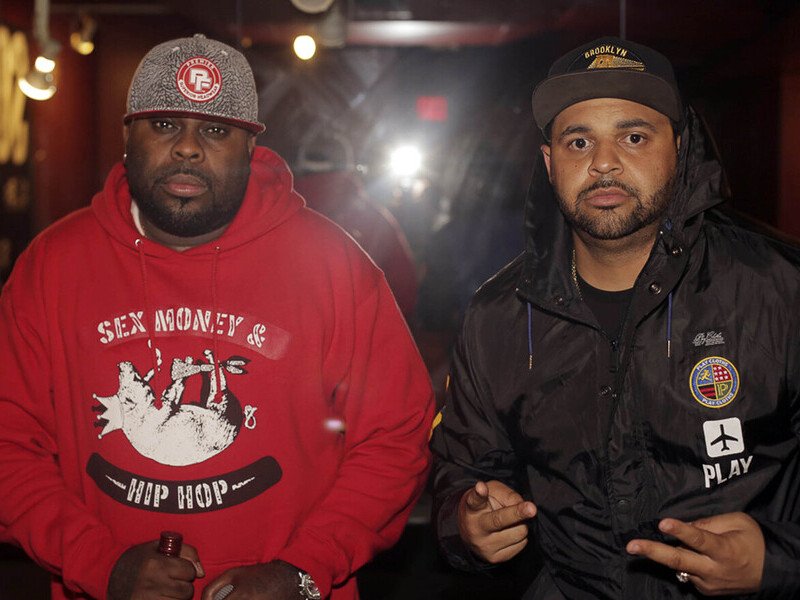 The most resonant cut comes from EPMD legend Erick Sermon, who provides his Midas touch of Funk Lord flamboyance on “Get Ya Money.” Ortiz sets off the headbanger and shows how mature rap veterans should hold it down as businessmen, married men while offering a glimpse of how urban residents’ lives is devalued. (“The first half deposits from them shows hit/Bank teller cougar looking at your boy ferocious/No miss, I’m a married man/Wife badder than arrival time of ambulances in the hood with traffic jams after them cannons blam.”)

Plus, “Catching Bodies” is an earworm for 90s underground rap crate diggers in which Apollo Brown reworks Wu-Tang Clan’s Cappadonna debut single “97 Mentality.” KXNG Crooked spits with whip-smart expertise like, “I got 20 years in the game, I seen the whole thang/Young niggas tradin’ their publishin’ for a gold chain/Execs never act alone, take turns butt-fucking their artist with a saxophone/Damn that’s a cold train.”

Crook and Ortiz’s solo tracks “Caddy Bump” and “Wolves (BKLYN),” respectively also uphold the EP. The former is powered by a midtempo LBC low rider vibe from revered beatmaker illMind’s while the latter has the slower Griselda Records-style BPM of punchy drums and booming bass from veteran outfit J.U.S.T.I.C.E. League. Both tracks parallel how both Ortiz and Crooko grew up on opposite U.S. coastal cities yet had the same plight as “long lost cousins” enduring the conditions of poverty, struggle, injustice. They represent the political disenfranchisement, nihilism, and drug-dealing heroism in the hood during their childhood in “Reaganomics” America during the 1980s as the EP cover art suggests.

“Lovely” produced by illMind lacks the most replay value on the EP. It’s a day-in-the-life story similar to Ice Cube’s 1991 classic single “Steady Mobbin,” but the off-key chorus doesn’t seem to match the campy beat and reduces it to a filler track.

The H.A.R.D. EP was largely dedicated to the memory of the late Bronx stalwart Fred The Godson, who died in April from complications after contracting the coronavirus. It’s relatable for rap fans who are on the verge of mentally checking out from the dumpster fire of problems we’re collectively facing in 2020.

As America and the world burns, this EP is a reliable sedative to easily digest.

T.I. Provides Over 1,000 Turkeys In Atlanta For Annual Thanksgiving Giveaway

Offset's Sneaker Collection Is Over 3,000 Pairs Deep, Cardi B Calls It 'Ridiculous'