Hip-Hop retirements are announced seemingly every week, but Logic seems to mean it. On No Pressure, purportedly his final album, Bobby Tarantino is saying goodbye to rap. Sometimes, it’s with gratitude for the fans he’s touched and the opportunities he’s had. Other times, it’s with vitriol for fame and everything that comes with it. With a title connected to his debut, Under Pressure, and hardly any guests, it’s disappointing how little insight Logic ends up giving.

How much an artist reveals about themselves, on record or otherwise, is entirely up to them. But on Under Pressure, Logic has a lot to share but not much to say. For one hour, he’s offering all he can, from rapid-fire bars, to interpolation of songs by legendary artists, to pop hooks. He’s also brought back some of the high-concept sci-fi elements of The Incredible True Story and reunited with No I.D., who serves as executive producer. It’s likely to thrill his biggest fans and be seen as redemption following Supermarket and Confessions of a Dangerous Mind. Anyone not convinced of Logic’s brilliance isn’t going to be won over by this, despite some well-presented moments.

When Logic approaches a moment to be genuinely pensive, he pushes back. There’s so much potential in an album centered around a 30-year-old biracial rapper, with both great technical skills and mainstream success, stepping away from the mic to focus on fatherhood. But Under Pressure is far too busy and easily distracted, like Logic assumes his audience and his infant child are the same, needing shiny things waved in their faces as often as possible. There are very few instances where anything he says carries real weight.

To be fair, vulnerable moments are present, like him talking about being born to a crack-addicted mother on “Open Mic//Aquarius III.” Then, the next verse has him saying “Become a better man, I better be/For the child in my baby mama stummy, never crummy” without a hint of hesitation. Logic surely knows how ridiculous lines like those are, but awareness isn’t enough to excuse it, not when that same sentiment can be shared in so many other, better ways.

At its best,  No Pressure is a flawed but likable work from someone who’s been shaped by Hip-Hop and is working to reconcile his complicated post-fame relationship with it.  “man I is” samples both the horns of Outkast’s “SpottieOttieDopaliscious” and the bass of Tarika Blue’s  “Dreamflower,” made famous by Erykah Badu’s “Didn’t Cha Know.” Rapping in wistful admiration of Badu, André 3000, Big Boi, Pimp C, J Dilla, and J. Cole, Logic says “I love hip-hop,” a far-more impactful line than a groaner like “I’m like Leo in Revenant, bear with me.”

Then, there are times when Logic just sounds like he’s trying to be as unlikable as possible. The worst case of this is on “DadBod.” After celebrating domestic life, he starts to express his insecurities and how much strain his career has put on him. This leads to a third verse where he starts by ostensibly calling his fans “cunts” and eventually talks about seeing “A really hot girl…with a fat ass” at Target, who he ignores to shop for trash bags before making a limp Preparation H joke.

That’s admittedly a low point, but a frustrating constant of No Pressure is how concerned Logic is with letting people know how much he doesn’t need validation. That’d be easier to believe if there weren’t moments like on “5 Hooks,” where he boasts about signing to Def Jam and working with the likes of Wu-Tang and Gucci Mane. There’s plenty of reasons for him to celebrate his career, but his train of thought is far too inconsistent. 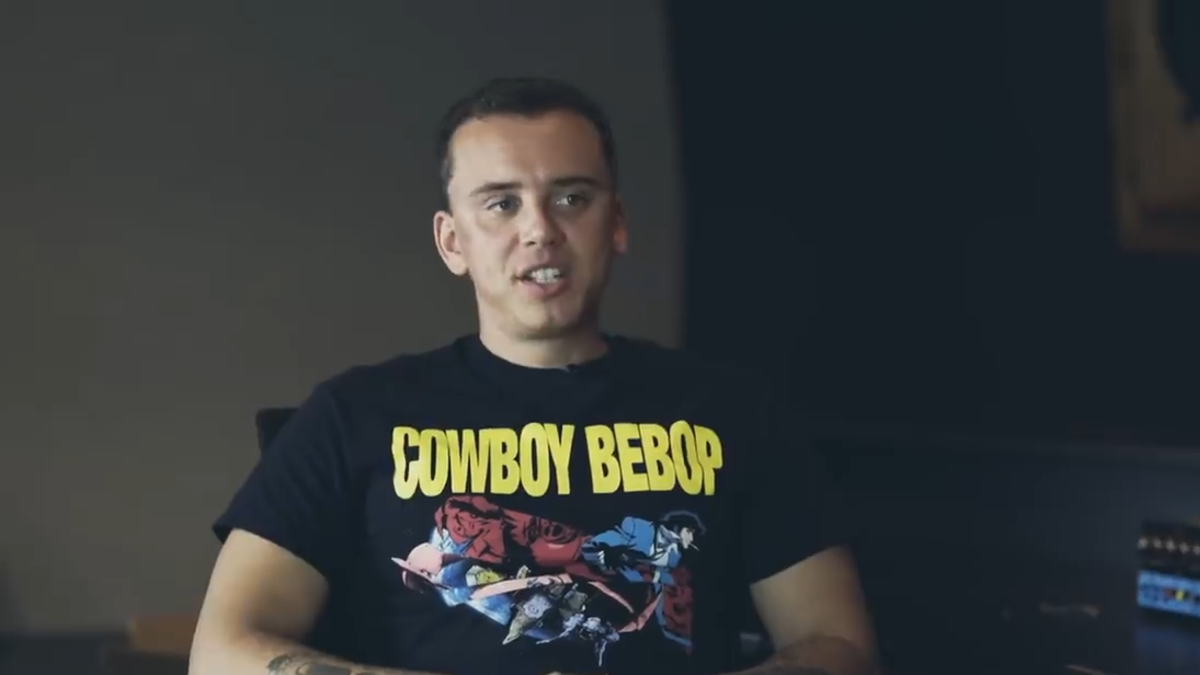 Logic Says He Shouldn’t Be In Same Category As Cardi B, Polo G & More At Grammys

Although Logic interpolates Kanye West on “Celebration” and references him with tracks like “Heard Em Say,” he never comes close to Ye’s presence or innovation. It doesn’t take a whole lot of self-analysis to come up with “I’d rather be hated for who I am than loved for who I’m not.” Reminding listeners of “Elevators (Me & You)” doesn’t turn “GP4” into a masterpiece, either.

When Logic just kicks back and shows off his skills, without trying to prove himself to anyone, No Pressure feels true to its title. Him floating over the kick-snare patterns of “Perfect” or doing a miniaturized version of “Alphabet Aerobics” on “A2Z” work because he’s just letting himself go for it. It’s only appropriate that “A2Z” concludes with a snippet of his 2005 demo. Hearing a teenage Logic spitting bars, unaware of how recognized he would become, is quite resonant.

Even before reaching fame, Logic had gone through a lot. Whether this is a full-on retirement or a hiatus, he could definitely benefit from a break.