Young M.A is the latest artist to drop music to get isolated fans through these quarantine times. She told Complex that her seven-track EP, Red Flu, is meant to ease some of the frustration people may be feeling amidst the COVID-19 pandemic. While her intent is admirable, the project itself is plagued by run-of-the-mill production and uninspired lyricism.

“I’m tired of flexin’ on ‘em, it’s exhausting,” Young M.A confesses on the opening cut, “Dripset.” The bar is one of the most genuine moments on an EP that’s otherwise bogged down by repetitive boasting. M.A has long since made it clear that she likes to party, hustles hard and will steal your girl, often all in the same night. But, simplistic lyrics such as “‘Cause I’ma go hard anyway or any day/Man I’m a trapper, I’m in trappin’ mode” on “Savage Mode” provide for a painfully bland listen.

Rappers such as The Game and Jeezy have stretched well-worn themes into entire careers by way of fresh concepts. However, M.A’s packaging of her flexing is almost entirely devoid of creativity. Even the song titles – “Savage Mode,” “Bad Bitch Anthem,” and “2020 Vision” – betray a record filled with sentiments of the most basic kind.

The production is similarly ho-hum. M.A. comes close to a gem with “Quarantine Party,” as she impressively paints a picture of the kind of wild celebrity party you read about on a Reddit thread. And yet, the trap beat backing her bars goes in circles, failing to give the lyrics the oomph they need to turn this into a smash. The production on “Trap or Cap” is more menacing, but still fails to provide the appropriate bite it seems M.A was going for. 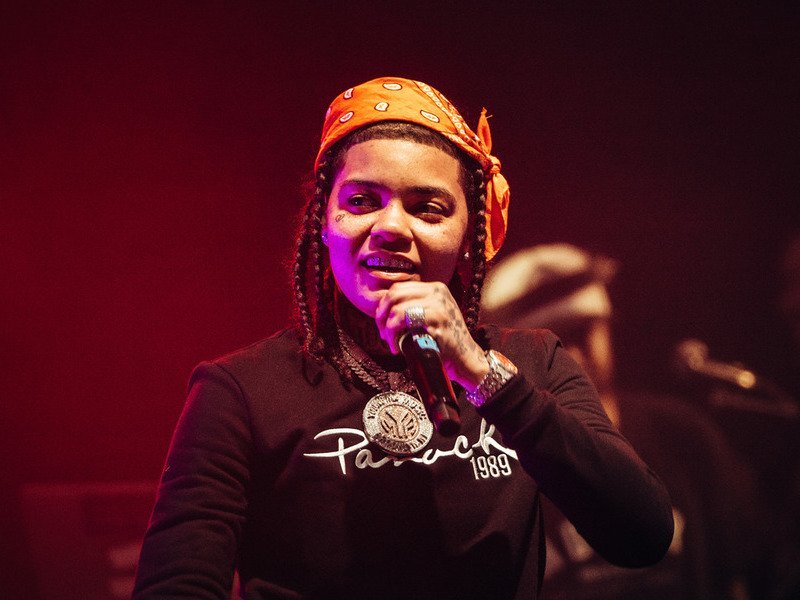 The EP’s lone bright spot is the sobering “Angels vs. Demons.” Backed by vocoder-soaked cries, Katorah Marrero lets her humanity spill onto the track. “Life is good, yeah, but I always relapse to that pain/Mental health is a stain, them thoughts in the back of my brain,” she waxes. It’s a rare moment of much-needed vulnerability from a rapper who rarely lets her guard down.

Young M.A states on the intro to “Angels vs. Demons” that she’s “feelin’ like the old me, you heard? When I was hungry for this shit, man.” She proceeds to claim she’s still hungry, but fails to prove that on Red Flu. She revealed in the aforementioned interview that she’s saving her guest spots for her upcoming album. For her fans’ sake, hopefully she’s saving her best music for the album, too. She’ll need a strong effort to come back from Red Flu, which functions as an unappealing appetizer to the main course.