Chris Brown and Young Thug are no strangers to the joint project. Between the two of them they’ve put out three in the past five years; Thug with Future and Carnage on Super Slimey and Young Martha, respectively, and CB’s Tyga-assisted Fan of a Fan: The Album. Each supplied its fair share of hits, but paled next to solo projects that deservedly saw more acclaim. On Slime & B though, they pair with each other beautifully, creating their best collaborative tape to date.

The two artists arrived at this point via dramatically different paths. Young Thug is a year removed from So Much Fun, arguably his best ever project and his first to debut at No. 1. Here, he pulled all the vocal tricks and weirdly satisfying ideas that have endeared him to fans for years, proving once again how indispensable he was despite the army of clones that have arrived since his debut.

Meanwhile, Chris Brown has struggled to clear the high bar he set for himself when he first entered the game. His albums became somewhat of a punchline, with indigestible tracklists made even more grueling by their unwarranted deluxe editions. Of course, he scored one of the biggest singles of 2019 with Drake on “No Guidance,” but far too many songs came and went without the impact he made several years ago.

Now, Slime & B continues Thug’s thunderous run, and is a true return to form for Chris. It’s a fun-filled amusement park from start to finish, bursting with color from both the acclaimed vocalists and the production beneath them.

Chris’ singing reigns supreme on most of the tape, while Thug’s flow rolls along like a sports car cruising down PCH. “Go Crazy” is the album’s best song, cleverly sampling The Showboys’ iconic “Drag Rap” to complement the free-ranging sonics. “I Got Time” supplies more of a bounce, with Breezy’s light-hearted melodies adding airy tones to the mix. 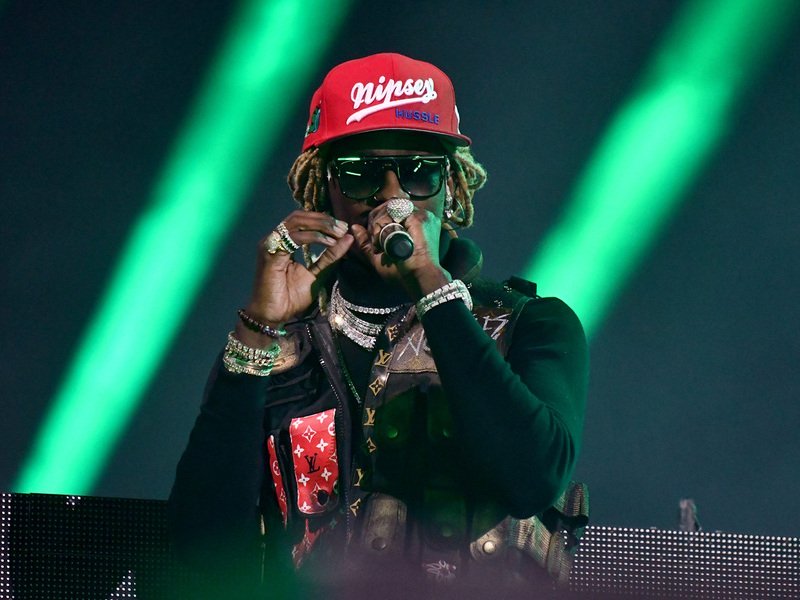 There aren’t many bangers on Slime & B, but during an era without clubs and parties, that’s probably for the best. They try anyway on “Undrunk,” but stumble badly. The beat contains a few redeeming qualities (read: enough bass to go off in the club), but G-Eazy level lyricism and the atrocious “she’s a hickory-dickory-thot” bar drag it down to the point of no return.

For the overwhelming majority of the tape, however, Thugger and Chris can do no wrong. Thug’s unexpected melodies on “Say You Love Me” start the tape with a bang, creating a beautifully peculiar combination with the bouncing 808s. Ethereal production on “I Ain’t Tryin’” transports the album to the sandy beaches of Turks and Caicos. Cleveland Browns defensive lineman Major Nine brings a Southern Flair to “Trap Back,” complete with hammering drums and an earworm of a hook.

Gunna pops his head into the party two times, and steals the spotlight on both occasions. His machine-gun flow on “She Bumped Her Head” glides over the pocket with precision, hardly letting up for even a single breath. He brings more melody on “Big Slimes,” but retains the rapid-fire delivery that breathes life into the song.

The project seemingly came out of nowhere; Thug recently tweeted he recorded all of his verses in a single day. It’s a seemingly effortless body of work from two talented veterans, and a reminder of what CB can accomplish when he keeps the tracklist under 20 songs. There’s nothing on Slime & B that the two haven’t done already, but it’s more than enough to get the job done for many summers to come.

Aaliyah’s Music May Be Finally Coming to Streaming Services