For a rapper like Dave East, flooding the market with new material is key to his success. His fanbase doesn’t mind that he drops a project every year; it just means East is being more productive especially during these quarantine times. Following his debut album Survival, East decided to add a third installment to his Karma series, which dates back to 2017. The album is dedicated to Queens rapper Kiing Shooter, who was a frequent collaborator of East and died allegedly of coronavirus complications. It’s not the first time East has memorialized his friends, making sure their names are never forgotten in his songs.

On Karma 3, East brings in new collaborators like Mary J. Blige, Popcaan, Young Dolph, Jozzy, and Benny The Butcher for more tales from the hood, giving you everything from motivation music to perspective from a young OG moving through the streets of Harlem.

Karma 3 has a similar mixtape feel as the previous entries, allowing East to freely experiment with different sounds from his go-to producers. Unlike Survival, which felt more driven to tell a narrative through his songs, Karma 3 is a playlist of East’s best efforts so far. On the opener “Handsome,” East raps, “I won’t break the code, young nigga tryin’ not to die/We just pray that we get old/My niggas is gone, if they was not in the field/I won’t put their name in the song.” He’s speaking from experience and setting the tone for the entire project: East will always be one foot in the streets and one foot out. It’s why East won’t hesitate to write through his pain and talk about his fallen brothers, adding all the reasons why the system is corrupted like on “Blue Story.” “Nipsey provided greatness, I’m sippin’ in moderation/We really get treated filthy, the system gotta be racist/I die for this occupation/You see trauma in our faces,” he raps. 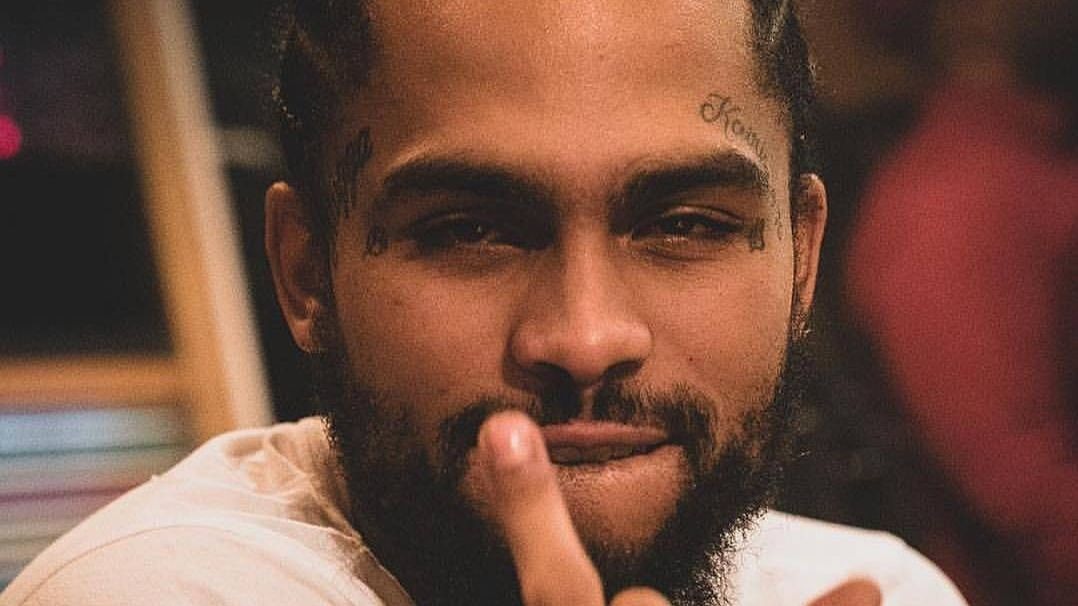 When he’s not honoring his late cousins Malik “Freaky” Carter and Marcus “Mugga” Johnson in his lyrics, he’s showing admiration for Kobe Bryant and Nipsey Hussle (“Fuck Dat”), the latter a close friend of his. On “Know How I Feel,” featuring a heartwarming performance by MJB, East raps, “They think this money make it all good. How?/Things changed, spent too much time in the hood now/Know I could get killed/I’m in and out of it like a robbery, might stop for a mil/Streets tricky, the way they did Nipsey shocked me for real.” No matter how many times Nipsey’s name gets mentioned in rap songs, it’s a reminder that his death is still a sore point for some.

Much of Survival‘s producers return for Karma 3: Mike & Keys, Mike Kuz, VDon, Buda & Grandz, and more. But East welcomes the new direction, touching West Coast and Southern beats with the same in-the-pocket flows that show his pen is still sharp. Notably, DJ Paul flips Three 6 Mafia’s “Fuck That Shit” to add to the trend of flipping vintage his group’s classics on “Fuck Dat” with Young Dolph. AraabMuzik is behind “Thank God” with A Boogie Wit Da Hoodie, creating an anthem for NY. East delivers God level raps on “The City,” produced by Dougie On The Beat, which contains a familiar sample of “Ain’t No Love in the Heart of the City” by Bobby “Blue” Bland and interpolation of JAY-Z’s “Heart of City (Ain’t No Love).”

Karma 3 isn’t East trying to innovate his sound or introduce a new direction that would be off-putting to his day one fans. It is meant to show his versatility and how he’s a constant name in bringing the streets to the mainstream. Not many rappers can easily float from a Popcaan record like “Unruly” to bar up with Benny the Butcher on “Stone Killer.” Still, you wish East would try something different or work with someone outside of his creative bubble for the sake of challenging himself.

The talent East has lies in his dedication to the craft, countlessly putting in the work to have as many mixtapes and albums as a Gucci Mane or Lil B. While Karma 3 isn’t the show-stopping follow-up to Survival, East is still going to outwork any MC, dropping album after album until he’s good and ready to hang up the mic.